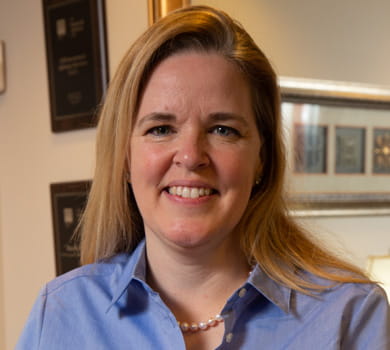 Susan started at CFS Investment Advisory Services in January 2019. She received her Bachelor of Commerce with a Major in Accounting from McGill University in 1991. She also received her Certified General Accountant of Quebec designation in 1998.

She began her career in Montreal, Canada, as an independent accountant, then working in the tax group at PriceWaterhouseCoopers LLP in Montreal. In 1999, Susan relocated to New York, where she worked at KPMG, specializing in preparing income tax returns for US expatriates and foreign nationals. In 2003, Susan moved to JPMorgan Chase’s tax mobility group, her then current client, assisting JPMorgan Chase employees with their tax issues when moving to the US or to a foreign country.

Susan is married with three children. She lived in Singapore from 2013 to 2015 and has travelled extensively in Asia Pacific. Her favorite pastimes include gardening and jewelry making.